When I enrolled at SNHU (Online), I transferred courses I'd taken in 1993, 1994, and 2003. It seemed like the right thing to do—a real no-brainer—but was it? I was thinking about adding some screenwriting courses to my schedule, but with no free electives, financial aid wouldn't cover them, and I'd have to pay out of pocket. It got me thinking: what if I'd just held back some of those credits I transferred? Way I see it, there are two trains of thought.

Transfer All the Credits!

Money. College tuition rates have skyrocketed over the past few decades, far outpacing inflation. Even Southern New Hampshire University, which I consider reasonably priced, is about a thousand dollars per course. Why on Earth would anyone want to be on the hook for a grand when there's a perfectly good transfer credit to cover the requirement?

Time. Each course at SNHU is two months long. Students can double- or even triple-up in a term, but that's still an additional eight weeks. Elect not to transfer six courses, and you might be committing to an additional six to twelve months of school. Why spend that kind of time when transfer credits mean finishing faster?

The paper is what matters. University diplomas don't come with a list of courses on the back. Nobody will ever know if your last English class was in 1988 or if the most recent Math class transferred in from 2005. A diploma is a diploma, and that's all. (Diplomas don't list your GPA, either, so maybe don't stress out about maintaining the 4.0).

A more current or relevant education. When I transferred in my 2003 Associates in Game Design, I locked up all my free electives at SNHU. Would I have been better off with some electives related to my English and Creative Writing major? Many majors (English included) don't change much over time, so relevancy isn't much of a concern. Other majors—I'm thinking of things like Engineering—change quite a lot. I must assume that the school has guidelines so that someone who took a critical Engineering class in 1980 would have to retake it, but where it's up to the student, the student needs to consider recency in a changing field.

Re-prioritize money and time. Are you in school just to finish and damn the learning? Over on Facebook, I see students who don't care about the classes or the material; they simply want to be done. And that's a damn shame. I understand the frustration. What I don't understand is spending the money and time on something you don't enjoy. I love my major, and if I discovered I didn't, I'd change it. I'm willing to spend the money and time, because if you're not in school to learn, what are you in school for? Students with that attitude, and especially younger students who have more time ahead of them, might be better off not transferring some credits.

The addition of a minor is not required at SNHU (Online), but it's an option. At an additional 15–18 credits (5–6 classes), minors can add six months to a year to a students' time in school but can open up the field of study considerably. 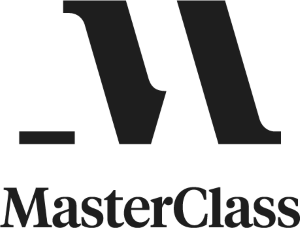